The enterprise is based on a close cooperation in a joint company with another farmer (Lehmenkühler Rotgeri GbR) for 25 years. The contact resulted from a regional working group of farmers. Even before, the enterprise was adjusted very cooperatively. Machines were bought in community, harvests collected jointly and the entrepreneurial exchange of farmers in these working groups has always been maintained. Since 2014, the sons of both directors have gotten in the company Lehmenkühler Rotgeri GbR. The enterprise is active in the following business segments: arable farming, pig farming and biogas. Today, around 180 ha are cultivated. The parcels have already been intensively planted for 10 years by both shareholders: Mr. Lehmennkühler and Mr. Rotgeri - in order to reach optimal cuts and sizes. Thus, the surfaces taken out of use, because they are difficult to access or for some other reasons difficult to cultivate, are placed at the disposal of nature conservation in the frame of existing funding programmes. 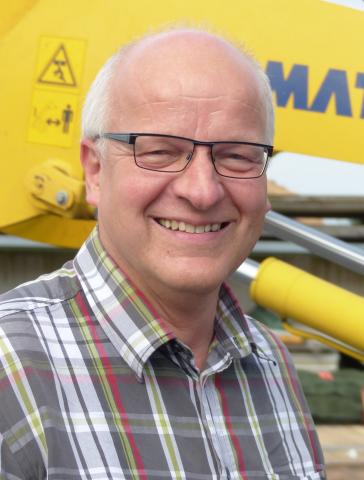 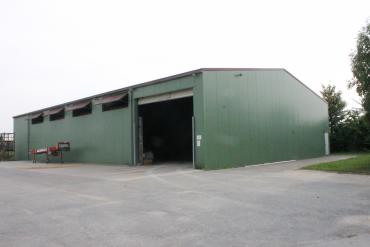 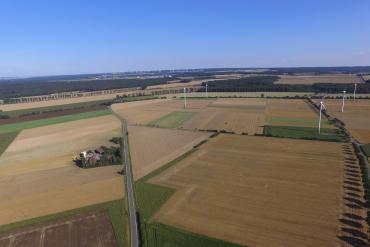 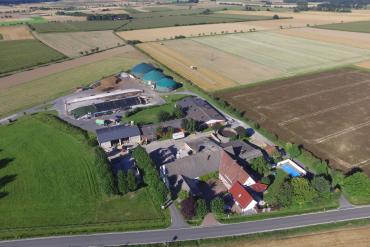 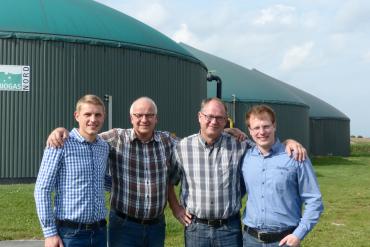 Country
Germany
Farm area in hectar
180.00
Date of establishment of the farm
1700
Date since when the promoter owns/rents the farm
1986
Farm description

The enterprise of Mister Lehmenkühler comprises 260 ha of arable land. Piglets are produced (240 sows), bred (1,000 pieces) and fattened (1,350 pieces). Besides, a biogas plant has been in operation since 2004 with a production of electric power of 440 kWe. In addition to the power generation, there are 4 apartments, 3 stables and a school heated by the electricity production. Mister Lehmenkühler is extensively engaged in voluntary activities beyond the scope of his own enterprise. Among others, he is a member of supervisory board of the West-Fleisch and a chairman of the agricultural association. The agricultural surfaces are located on the edge of a prime location with specific challenges due to the height differences up to 50 m. The cultivation moments are different due to the position and height differences. This implies advantages and inconvenience: first the seasonal peaks in the harvest time are equalized. At the same time, the respective processing stretches over a longer period of time. In 2016, a 40km remote sow house came along in the management. It is challenging to build the optimal size and structure - particularly since currently the handover to the next generation is taking place. Next to the very close corporative cooperation with the partner Rotgeri - Lehemnkühler Rotgeri GbR - there are numerous cooperations with other farmers and also areas affiliated to agriculture: in the pig farming just like in the raw material delivery for the biogas enterprise.

The enterprise cultivates the land at the edge of the Soester Börde: the Haarstrang. Haarstrang designates a mountain range at the South edge of the Westphalian Bay. The Haarstrang stretches from west to east in the south of the City of Dortmund and the districts of Unna and Soest in Northrhine-Westphalia. Physiogeographically, it represents the sub-mountainous southern part of the Hellweg Börde, that is towards north of Möhne and Ruhr in the North of the Süder Uplands.

The highest elevation is the Spitze Warte with 391 m above sea level, that is located near Rüthen-Hemmern at the eastern end of the Haarstrang. Further to the west, the crest of the mountain range reaches mostly heights from 200 to 250 m above sea level.

It consists of stony, loamy soil, that is not specifically profitable for the agriculture. In the eastern part, rare chalk grassland vegetation typical for this region can still be found to a limited extent. The lime extraction near Erwitte and Geseke is economically significant. The exposed location of the Haar allows a generous wind turbines use. After the wind turbines locations south of Paderborn, the Haar is the biggest wind turbines location in European inland.

The comprehensive Haarstrang area of approximately 300 km² is consistently agriculturally characterised and has preserved its rural character. In this environment, it was not obvious to think about nature conservation on the part of the agriculture. But the enterprise did this - with a success in the implementation.

There is comprehensive cooperation with the public limited company biological environment protection ABU and the bio station of the association for landscape conservation. On this basis, individual contracts are concluded. Here, special objectives regarding flora or fauna are defined and implemented on the available areas in accordance with the concept.

Besides the regular possibilities of the funding, other sources are used. These include the agri-environmental measures as an investment of flower strips and Blüh- und Schonstreifen. The enterprise thereby conciliates ecology and economy. It carried out an "in-house land consolidation" and provided uneconomic partial surfaces of its farm lands to the nature and landscape protection. In total, this is today around 9 ha, which represents 5 % of the agricultural land.

Through this kind of agriculture the enterprise contributes to:

•   "Since the flower stripes have been created, people wave at me warmly. Before, they even gave me the finger, when we were finishing our field works late in the evening".

•   "Agriculture and economy generally will always be more intensive. Here, one can give something back in form of nature and landscape protection to the community".

•   "The programs for nature and landscape protection are here. Use them!".

In the region there are numerous enterprises in the process of restructuralization, which means that they do not develop anymore, they rather give up or rent the land. Pig farmers without successor in particular do not invest anymore in their stables. That situation favours the very cooperative and active enterprises which were able to create win-win situations. Additional capacities for the enterprise in animal farming and arable farming were developed and at the same time the enterprise secured the labour through employment of the respective directors or cooperation with them.

Due to this structural principle, there are no problematic today in the enterprise with the regard to the ever stricter liquid manure regulations that need to be observed. On the contrary: it is even possible to decide whether to cultivate or not at all parts of its surfaces very extensively on the grounds of nature and landscape protection. Furthermore, the enterprise builds on diversified crop-rotation.

In Germany biogas plants and livestock farming are not always popular in the society. Intensive farms are often subjected to the unproven allegations of "agricultural industry" or "mass livestock farming". The enterprise demonstrates impressively that one can reach again proximity to the people at the interface landscape through useful measures in the land management. Instead of reacting, Mr. Lehmenkühler acts. That is the entrepreneurial credo at the farm applied to reconcile ecology and economy.

Competence to interact with society has been very important for the farmer - especially if there is challenging situation like there is in Germany within biogas as well as larger scale farming and its perception by the society.

He cultivates in cooperation for years and stands for openness and transparency in his activities. His individual pursuit is accompanied by the voluntary commitments in the branch. He is in permanent contact and exchange with his network and also round the agriculture. In this case, he makes his investment decisions beyond the horizon. They are in part considerable, but always looking for the harmony with the environment. He has strong competences in leading and communication. As entrepreneur, he is always looking for new and further business opportunities for his single farm as well as within existing and new cooperation.

•   It is a challenge to work on cost effectiveness and ecological added value at the same time. If you reach both and even a better standing in society, this is a good result. Do you think about similar concepts on your farm?

•   Biodiversity maintenance and the preservation of visual landscape character and elements can be supported even in larger scale crop farming. Do you see similar opportunities for your farming business?