Village Davča stretches in the pre-Alpine hills of western Slovenia, in an altitude between 850 m and 1000 m. There is an area of over three thousand hectares. It is considered the most stretched village in Slovenia, and the houses are scattered at an air distance of 10 km. Settlement includes solitary farms with a property in one place. It was inhabited in the 16th century and it now has about 300 inhabitants. The number of inhabitants remains stable. A road connection with the valley was established in 1960. In the past, it was often cut off from the world during floods. There is a popular ski centre near Davča. 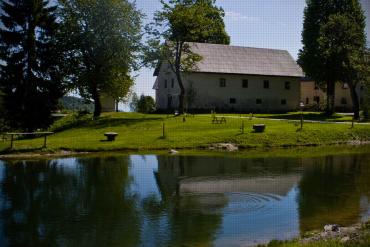 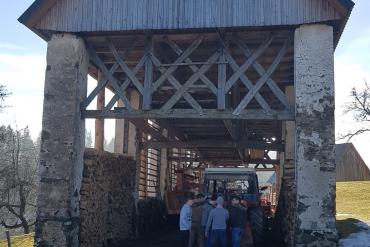 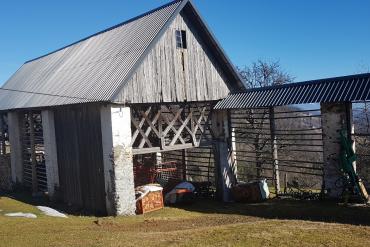 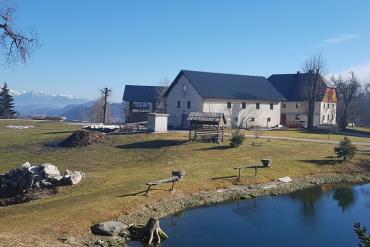 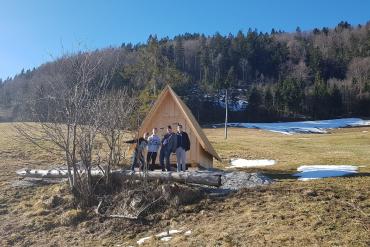 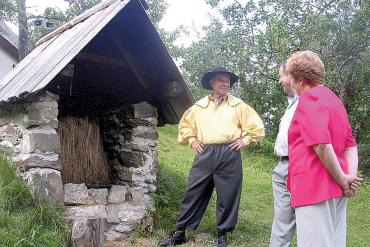 Country
Slovenia
Farm area in hectar
50.00
Date of establishment of the farm
1778
Date since when the promoter owns/rents the farm
1993
Farm description

The homestead Vrhovc is located in Gornja Davča, 1000 m above sea level. The ancestors established the farm in 1778. Past generations survived exclusively with farming, mainly with livestock production. In addition to livestock farming, they are also involved in forestry and tourism which  started in 2010. The specialty of the farm is a sports fishing pond which was arranged on a meadow nearby. In addition to fishing, the tourist activity is expanded with the offer of various home-made culinary specialties, a picnic area, a social games area, a children's playground and a football field. The surrounding area offers plenty of opportunities for hiking, cycling and skiing.

A distinctive trait of the landscape is the sharp contrast between forests, which provide the framework, and open agricultural areas. Typical is the extensive use of the soil, the intermingling of forests and grassland, a rare settlement in the form of hamlets and isolated farms. The waters cut this world into a very fragmented landscape with deep valleys and gorges. Škofjeloško hills are more inhabited than other pre-Alpine hill regions. The farms were sometimes self-sufficient, with their own production of cereals, flax and potatoes. The cereal and flax production was  abandoned and replaced by grassland cattle breeding. The plant production is intended for self-sufficiency and tourists. The area is vital due to traffic connections with the valleys, as well as due to successful management (forestry, livestock farming, tourism, daily migration to the valley). As many others, Andrej farm was typically part-time farm whose members were employed in the nearby companies in the valley. As Andrej took over the farm, he realized that the cattle breeding and forestry alone will not contribute enough to family income. Even worse; for maintaining the farm they had to use money earned outside the agricultural activities. He decided to try with agritourism. He had some doubts and fears like remote area, bad road connections and investment risk. But on the other hand, there were also advantages like landscape, ski resort developing nearby, rising consumer interest in local food and active life style. As it turned out, it was the right decision. Nowadays, agriculture supports tourism which is the core business of the family. From current point of view the progress could be even faster and some activities could have been developed earlier. They have never thought that fish pond and fishing will attract so many people. Still, they don´t want to threaten farm stability by too much investment. They are not afraid of the future since there are young generations that are ready to take over and who already contribute with their ideas about farm development. They are estimating cost of setting up meat processing facilities and also a campsite for more demanding guests.

•   The farm would not survive if there were no complementary activities. But one has to be innovative.

•   Good cooperation with the local environment is essential for the functioning of the farm.

Rural tourism is becoming an increasingly important activity of the farm. However, tourism also needs constant development and innovation. Only food and accommodation is no longer sufficient. For the realization of its development goals, the farm needs resources and people with adequate knowledge and experience. With its activities, the farm does not generate sufficient funds for investments. Access to the funds from the Rural Development Program (RDP) is made complicated by the complex bureaucratic procedures and strict rules for the use of funds. People are offered education in the field of supplementary activities, sustainable agriculture, preserving natural and cultural heritage and rural development under the auspices of the advisory service, development agencies etc. Some of the courses are mandatory for getting funds from the RDP. Obligatory education is not very popular. The advantage of the area is young families. They do not leave the area and their educational structure is improving. Multi-generation families are frequent. In these areas, traditional farmers' solidarity and assistance have also been preserved. Local society is connected and active. Awareness of the need to preserve and protect the landscape and cultural heritage is increasingly present, but mistakes have been made in the past, especially in the case of new constructions that have not taken into account the traditional elements of construction. In its local area, Andrej farm is one of the most recognizable among visitors. It is also some kind of meeting point for local events. As such, it represents an example for others in the area to try with some innovative approach to connect agriculture, landscape and tourism.

•   Is a good atmosphere in the family and community needed to build up and realize good ideas?

•   Would farmers benefit from less strict rules and easier access to European funds?