At the organic farm of the Liebert family, everything revolves around the goat's stable in Geratshofen. The enterprise managers have decided to present their animals in a new manner, since goats still hold a role of exotic creatures in Germany.

BioLiebert is an organic demonstration enterprise. Transparency and the strengthening of the consciousness are important to the enterprise managers. Since it cannot be determined if the criterium "regional" permits an unrestricted consumption, the farm  cultivates regionally and organically. 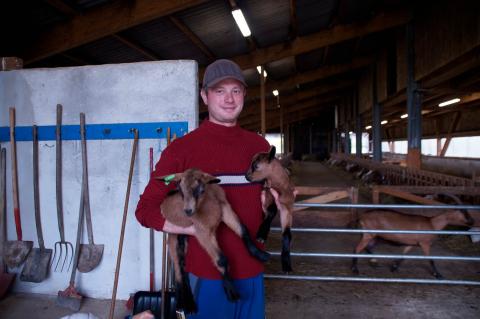 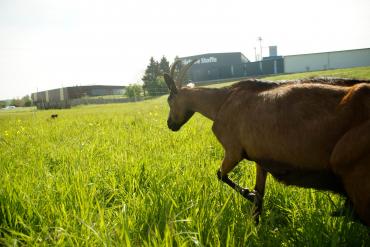 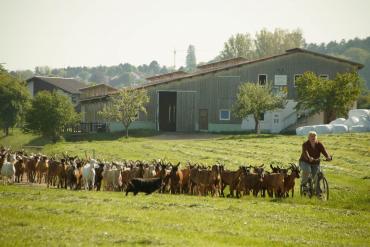 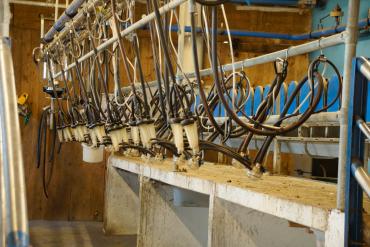 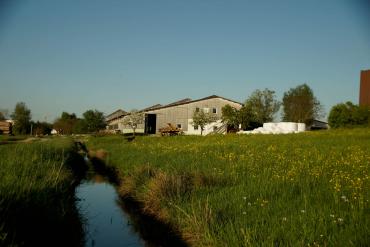 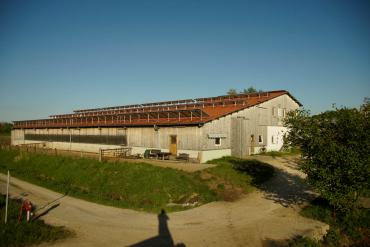 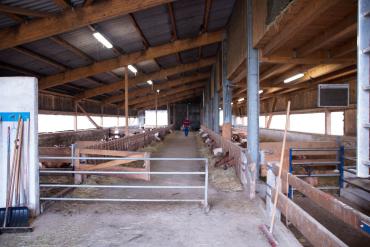 Country
Germany
Farm area in hectar
41.00
Date of establishment of the farm
2006
Date since when the promoter owns/rents the farm
1984
Farm description

Since 1984, the farm has been located in rural Geratshofen, a district of Wertingen in the administrative district of Dillingen, in the possession of the Liebert family. It initially started with a horse stable years before, then later the first goats were moved in and the horse stable was closed. The senior enterprise managers identified an interesting niche market here.

Then the decision was taken in favour of building a modern, species-appropriate stable for a goat herd, in which the animals are fed with a simple methods and grain, straw and hay can be stored easily. Then came a gradual expansion and the organic milk goat farm with EU accredited slaughterhouse, farm shop and conference room were built

The farm contains, besides the spaciously constructed stable, building with milking system as well as an outbuilding for the young animals.

The enterprise produces raw milk, not heat-treated milk. It is not boiled, but exclusively filtered and cooled. It is milked twice a day on-site and regularly transported to the dairy. Direct sale of milk and meat takes place on the farm to a limited extent.

Recently, goat cheese has also been produced and directly sold. This option wasn't explored earlier due to the high workload.

Tobias Liebert now plans the rounding of the farmhouse in a hamlet location and the construction of a residential and commercial complex, in which even more focus can be put on direct sale in the future. Thereby he wants to develop the agricultural enterprise from a side line enterprise into self-sustainable existence.

The enterprise has wide pasture and green fodder directly in front of the stable door and further green areas - in property or leased - will be started with the specially equipped "goat taxi" in order to graze these naturally. For instance, these municipal and privately-owned lands will be made available for the enterprise to graze.

In 2010, further lands were added to the FFH area, and thereby also to cultivation through BioLiebert. On these lands, various planned measures shall be implemented. These measures enable for the pathway of the flood channel systems, shallow water zones, watersides flattening along the ditches as well as the sowing of green areas with the subsequent mowing or grazing.

In the tendering procedure, BioLiebert equipped with an innovative and small scale grazing concept through goats, prevailed in a tough competition of land utilisation. With the henceforth implemented concept, not only the economical objectives with the keeping of the goat herd but also nature conservation and landscape objectives could be reached.

Besides the production of high quality food and marketing the niche, BioLiebert, being a producer and consumer at the same time, follows the objective the rural life closer to the people. The intention is not based on the idea of the pure commercial use. Interested people, associations, kindergarten groups and school classes as well as individuals or families are received at the farm or in the stable. BioLiebert offers regular guided visits and demonstrations. Thus, external persons can also participate in the organic goat milk farm daily life.

Through this kind of agriculture, the enterprise contributes to:

- Promotion of the value of the landscape;

"Think about possibilities of combining the niches and themes of agriculture, nature conservation and landscape. If this project is successful, it will become a great opportunity for approaches in the direct sale of outstanding  products!"

"The cultivation of the country is accompanied by great responsibility and also an educative and informative mission!"

Today, BioLiebert builds on already years long experience in the sector of the goat keeping, processing and marketing.

Besides the technical basic education, this particular experience is indispensable. In particular, the open and concrete exchange with colleagues can help here to master the challenges in practice.

Depending on the type of visitors, BioLiebert offers space to come into contact with agriculture, landscape, food and nature.

Based on the clear basic concept of the regional and biological economies and landscape conservation and maintenance result business opportunities not only in the sector of the direct sale, but also in the pedagogical sector. These possibilities are consequently followed and used by the enterprise.

The holistic concept promotes the enterprise itself, the region and the landscape.

Mr Liebert is very well trained in agriculture. He feels very strong in the sector of the production. He builds on the family ties and also very much on communication and transparency outwards.

He is in permanent contact and exchange with the customers and asks for their opinion. In doing so, he stays on the pulse of time, as he wants to develop his enterprise further.

From entrepreneurial point of view, the farm and Mr Liebert are in a good position: they already have successful experience in production of a niche product and know how to enter with added value margins on a niche market.

To get in touch with community for the purpose of training and education aspects as well as for selling the high-quality products, the farming family is always in close contact with the community following the idea of open and transparent farm.

- It is a challenge to work on economic and ecological added value at the same time. If you reach both and even a better standing in society, this is a good result. What chances do you see for your business in combining ecological and economic goals?

- Biodiversity maintenance and the preservation of visual landscape character and elements can be supported. Do you have any interesting landscape features in your surrounding that need to be maintained?

- To serve a niche market is highly attractive, but it is important to keep the workload in mind. Do you see a  realistic chance of getting all the necessary work done?

- Contact with local community schools and kindergartens is a chance to get in touch directly with social aspects as well as with business opportunities along added value chain. Can you set up links to educational institutions in your region?