The Farm of Srečko Trbižan

The farm lies in a traditional wine growing region in the west of Slovenia above the Vipava valley near Ajdovščina. The valley is characterized by Mediterranean climatic influence, which comes from neighbouring Italy from the lowland of Padua. In addition to viticulture, farms in the valley and along the periphery also work on fruit growing and vegetable farming, and tourism is also gaining ground. Landscapes give a characteristic image of vineyard and a typical Primorska architecture is based on the use of stones. In addition to agriculture, they are engaged in multifunctional activities, or family members find employment in the valley towns in activities outside agriculture.

The Farm of Srečko Trbižan 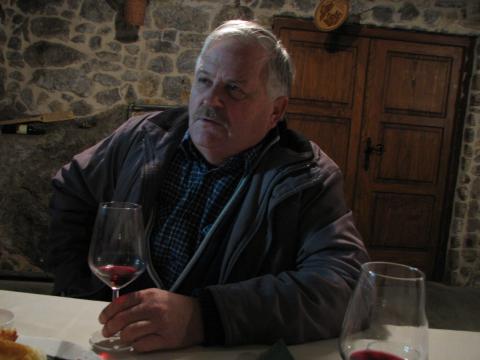 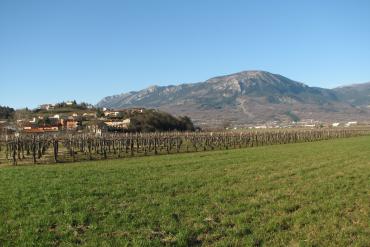 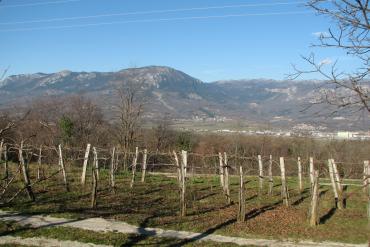 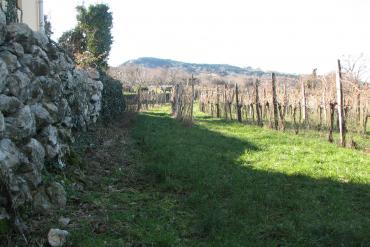 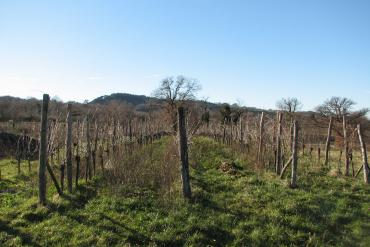 Country
Slovenia
Farm area in hectar
8.00
Date of establishment of the farm
1949
Date since when the promoter owns/rents the farm
1986
Farm description

The tradition of viticulture and wine-making on the farm dates back to the year 1949, when the parents of the current farmer bought the farm. Today, the third generation continues this story. They are focused on production of autochthonous vine varieties. The vineyards are planted at nine different locations which begin at the foot of the hills and reach up to 400 m above sea level. Four grape varieties and nine different varieties of wine are produced. As for the vineyard and vine growing, the son, the future successor who also has a higher education degree in this field , is responsible,. In addition to working on the farm, the farm is also engaged in additional activities - working with agricultural machinery. They are also engaged in tourism connected with viticulture and vine-growing, and in doing so, cooperate with the local community and other vine-growers.

The Trbižan farm is located in a typical clustered hamlet. The area is included in Natura 2000. In the past, the farm was mostly self-sufficient and was also involved in the cultivation of cereals, potatoes, tubers and livestock breeding. The wine was mostly shipped to a cooperative wine cellar and the farmers did not deal with the processing of wine for the market. There was not enough knowledge about viticulture, specifically, not about wine care and marketing. Income from selling grapes was usually not enough and farm family members had to seek jobs outside agriculture. Animal production and cereal production was abandoned. Fruits and vegetables were grown only for domestic consumption. Also, landscape has changed. The former vineyards and pastures have mostly overgrown, and new ones have been planted on former arable land, which are easier to process. Thus, the landscape is now much more forested than it was before one or two generations. Since Srečko took over the farm, wine market has changed a lot. Consumption of less quality table wines has decreased and demand for the quality brand wines has increased. Wine consumption has become also closely connected to tourism and cookery. Local cooperative wine yards did not adopt to new market conditions and the troubles with payments for  grapes were more and more frequent. In that situation, many farmers, Srečko included, decided to go their own way. It was hard at the beginning. But Srečko is not an impatient person. He has learned a lot from his experiences and from his failures too. He was talking to experts and other farmers. And as the region is close to Italy, he was also following the development of their wine market. But most positive changes in wine quality production came when the young son with appropriate education took over the care for wine production. Now Srečko claims, that nothing can substitute appropriate school education programs.

•   You need to be open and honest to yourself, to other people and to what you do.

•   There are many ways to get the knowledge. Also by reading books and going to lectures, but most of all, by socializing and talking to the right people. You have to decide what knowledge to use and test.

The farm's owner estimates that the farm is developing into the right direction. There are more and more customers from year to year. The farm was given a new impetus after the son finished school and devoted himself to wine-growing. Despite the completion of his schooling, he continues to be educated in his field. During his schooling, he participated in exchanges between students from different European countries and still maintains contacts with some of them. This kind of education seems to him to be the most valuable. He also maintains contacts with its former teachers and lecturers. Formal forms of education that are compulsory for the recipients of RDP payments do not seem to him to be very effective and helpful. RDP measures are too bureaucratic. The family have a very positive attitude towards the environment and landscape. It represents part of their identity and tradition. They consider this relationship to be a matter of family education. For them, it is difficult to imagine that they would gain the right attitude through the formal forms of education. Preserving environment and agricultural landscape is in the first priority for the local  inhabitants. For the success of vine-growing, they consider that the first condition is the right attitude between grape, vine and the consumer. Quality landscape is an added value but it cannot replace the right attitude. It is also helpful to increase the number of visitors to the area and the farm, but in the first place, sincere relationships between people are the priority. There are numerous farmers in the region that chose similar way of development. They produce and sell their own wine. If they want to get better prices for their products, they should work more on cooperation and region promotion.

- Officials should come to the field.

- Non-modification of rules once in effect.

- Confidence in the farmers' good intentions.